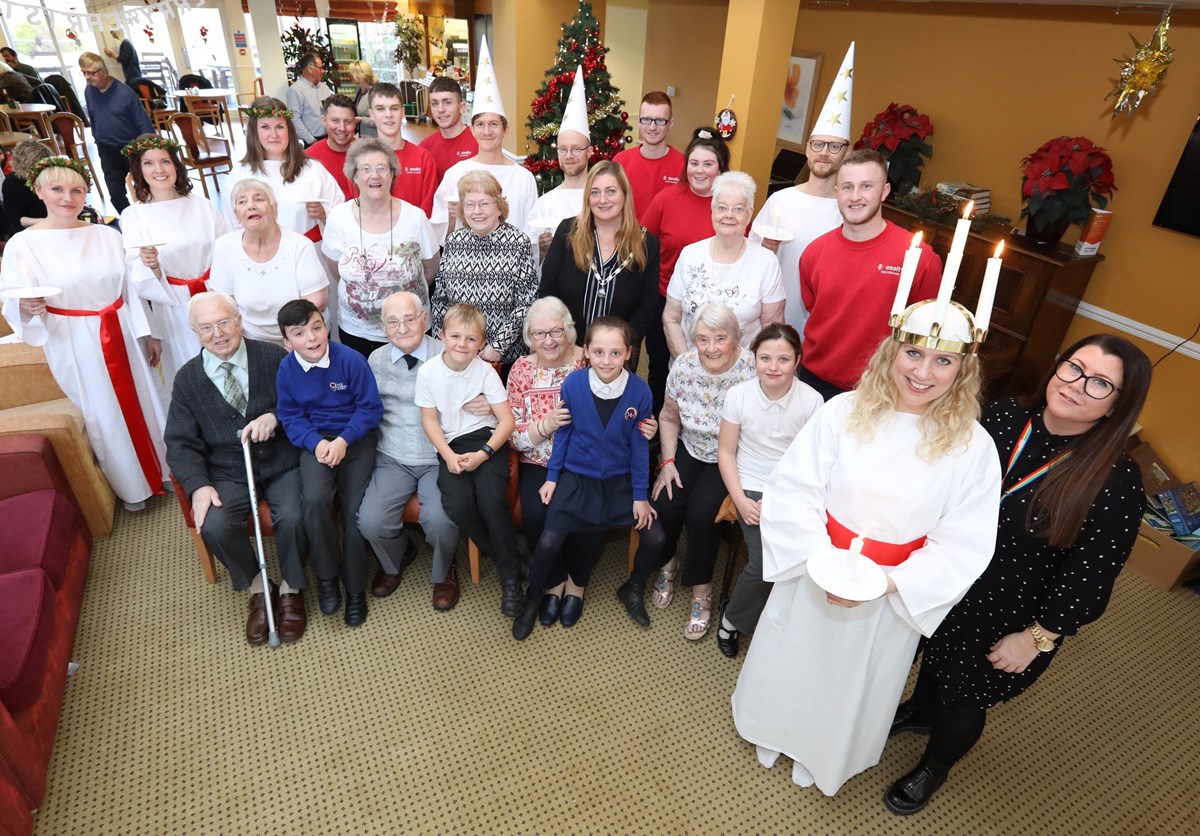 December 13th is the day that Swedes and others all over the world honor the legend of Saint Lucia, and this year’s celebrations were brought a little closer to home, at The Manor’s in Prudhoe.

On Wednesday (11th) residents of Karbon’s extra care scheme, school children from Adderlane Academy, and local volunteers from across Prudhoe, were invited to a special Sankta Lucia Day concert.

The concert was the result of a partnership between Prudhoe Community Partnership, Essity, a Swedish health and hygiene company which as a large factory in Prudhoe, and Karbon Homes.

Lauren McKie, Activities Co-Ordinator at The Manors, said: “This morning’s concert was a real treat and a fantastic opportunity to say a big thankyou to the volunteers in our community who work really hard all year round helping to make Prudhoe a great place to live.

“It was also a real treat for our residents, who really benefit from getting involved with events like this where members of the community come together and mix. Big thank you to Essity, for bringing an alternative cultural traditional to our residents this Christmas, and the Prudhoe Community Partnership for their help organising the concert.”

There are many theories on how the legend of Lucia came to Sweden. One popular version is a story of a terrible famine many years ago. On December 13th a well-lit ship on Lake Vannern approached the shore carrying a woman at the helm dressed in white with a glow around her head

The tradition of celebrating St. Lucia in Sweden really did not start to evolve until the late 1800’s. Many families today celebrate it in their homes. The eldest daughter dresses in a long white gown with a red ribbon tied at the waist. She dons a crown of fresh greens and lit candles on her head.