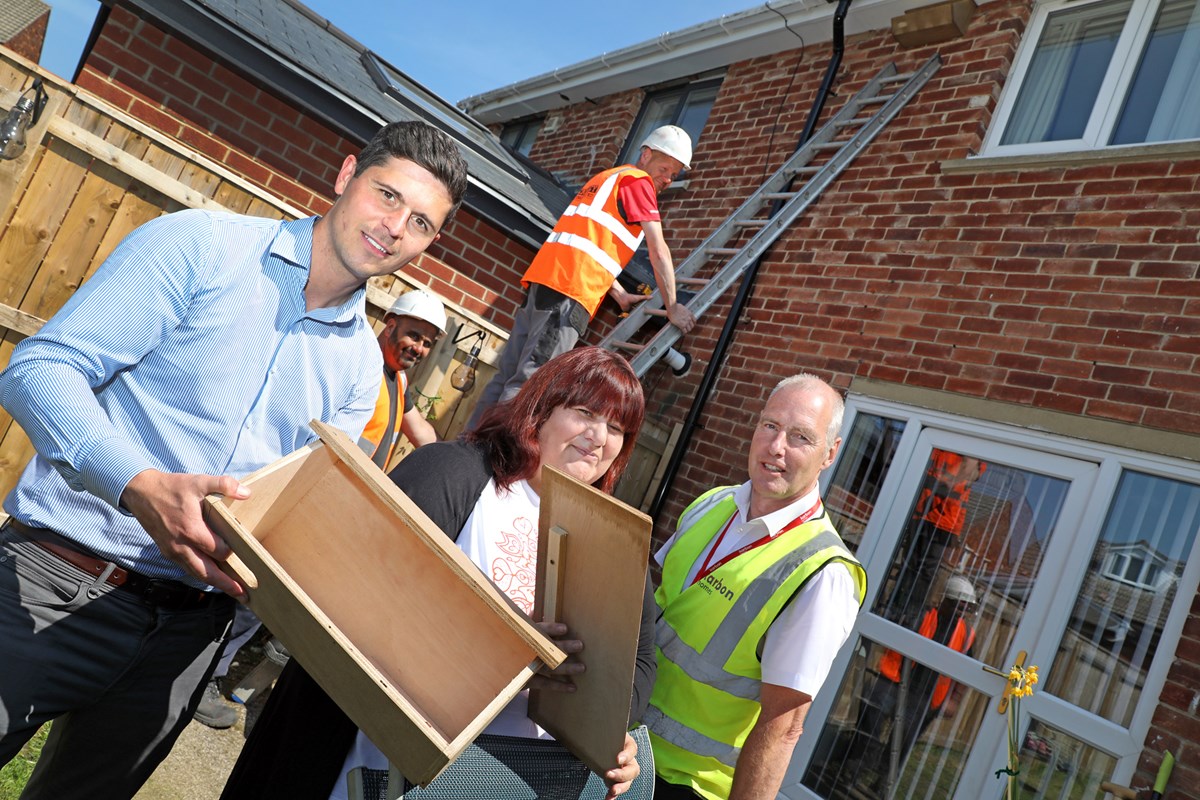 Providing new affordable and accessible homes for communities across Northumberland has been a central plank of Karbon Homes’ work for many years.

But this is the first time we’ve built anything on this small scale, or for this very sensitive and vulnerable client group.

Karbon has invested in providing new nesting boxes for swifts, after staff were made aware that roofing work in Morpeth was having the unintended impact of shutting off potential homes for swifts in the town.

The replacement or over boarding of soffits around roofs are preventing swifts nesting in the eaves of houses as they have done in decades past.

In recent months, Karbon has invested in a programme of re-roofing its homes in the High Church Estate in Morpeth.

Local campaigner and creator of Morpeth Swift Conservation Graham Sorrie contacted Karbon’s Investment team, to see if it might be possible to install some nesting boxes on some of the refurbished homes.

Mr Sorrie spoke to surveyor Nathan Lowes, who is an Investment Team Manager for Karbon and was overseeing the re-roofing works, and the two men swiftly put a plan in place to install the new boxes.

Nathan said: “We were unaware of the presence of nesting areas when we started work on the re-roofing – or the impact that work like this is having on swift populations in the UK.

“But now we’ve spoken to Mr Sorrie, we are very glad to be able to offer our support. Installing these new boxes is a pretty straightforward job, and it’s clear they make a huge difference to sustaining the size of the swift population in the local area.”

“This is unfortunately typical of what’s happening, with nest sites being lost without anyone realising and why there has been around a 50% decline in the UK swift population in the last 15 years.

“I was happy to offer Karbon advice on types and placement of swift boxes. They are quite inexpensive - around £16 per box - so I hope others residents and organisations in Morpeth may also get involved.”

Mr Sorrie has eight pairs of swifts nesting in nest boxes on his own home on Lancaster Park, and neighbouring homes have a further 22 nest boxes in place, including four at the local All Saints Primary School.

The installation programme has also expanded to other areas of Morpeth including Dawson Place on Newgate Street, Middle Gate on Loansdean, Stobhill and Telford Bridge.