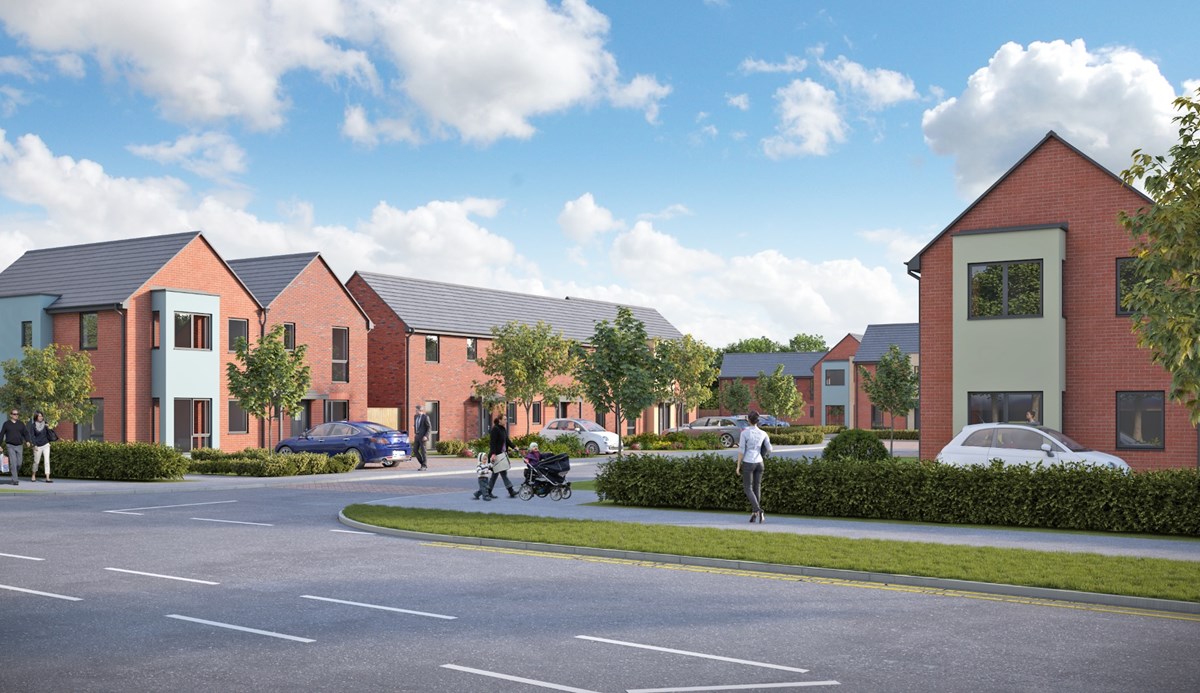 MORE than 100 new affordable homes are set to be built in 2020 on the site of a former college campus, now plans have been approved by Sunderland City Council.

Karbon Homes has been given the green light to start work at North Hylton, where Sunderland College’s old campus, which closed in 2016, currently stands.

The ambitious new development will provide 105 new homes of different styles and tenures with generous landscaping helping to give the area a real sense of community.

Karbon has worked alongside IDPartnership architects on the masterplan for the extensive site.

The development team at Karbon has also been working closely with Sunderland City Council - which is driving forward an ambitious plan to regenerate the city with new homes, business spaces and leisure venues being delivered across Sunderland.

The £20m new North Hylton housing scheme will deliver a mix of affordable rented homes and rent-to-buy properties, with family homes and bungalows for older residents alongside one another.

Karbon is set to start work on the development early in 2020. The plans are part of a £44 million investment by Karbon to build nearly 300 homes in Sunderland and fit into a wider council-led vision that will see thousands of new homes built in the city over the next 10 years.

Sunderland is working hard to be seen as a city that is open for business with many major housebuilders already investing heavily in developments.

Recent announcements by Avant Homes and Miller Homes have demonstrated the market’s confidence in the city and, earlier this year, Story Homes announced its intention to invest more than £90m into 450 properties in Sunderland.

Ged Walsh, director of development and asset management at Karbon Homes, said: “This project represents a significant commitment from us to developing affordable, high-quality homes in the city of Sunderland.

“Adding together this project in North Hylton, alongside a further seven sites we have in the city of Sunderland, Karbon Homes and its partners are looking to build nearly 300 homes in Sunderland, and we look forward to bringing all these projects to fruition.”

Councillor Graeme Miller, leader of Sunderland City Council, said the scheme represented an opportunity to create a new community that was ideally located to take advantage of emerging job opportunities across the city.

“More and better homes are at the heart of our plans for Sunderland,” explains Cllr Miller.

“Vibrant new communities will absolutely transform our offer as a place to live, and we know that by creating attractive new family homes, we can grow the city, and attract more families – of all shapes and sizes – to choose to live here, and ultimately, work, rest and play in Sunderland.

“By developing homes in places that are close to emerging business hubs like Riverside Sunderland, and the International Advanced Manufacturing Park (IAMP), we know we can really bolster the city – bringing in new people who want to live close to work, and who will bring their spending power to Sunderland’s regenerating city centre.”

The council worked in partnership with Sunderland College to attract investment in the site.

Karbon has worked alongside Homes England to bring the £20m North Hylton site to fruition. It has also received support from Portland Consulting Engineers and surveyors Elliott Associates.

Karen Anderson, from Homes England, said “It is great to be supporting Karbon Homes to deliver these homes that will create an intergenerational community – with housing options for people at different life stages – in an accessible location and close to future employment opportunities.

“Homes England wants to work with ambitious partners working on placemaking and this is a great example, transforming a derelict college site into high-quality homes in a well-designed environment.”

Sunderland has recently been named the ‘third richest city in the UK’ according to scientists who looked at the assets the city has to offer vs the things that lead to a rich and fulfilled life. Sunderland was also named as the best city to live for under 30s, in a recent report by OneFamily.

A drawing of how the new North Hylton development will look from the main road passing the site.