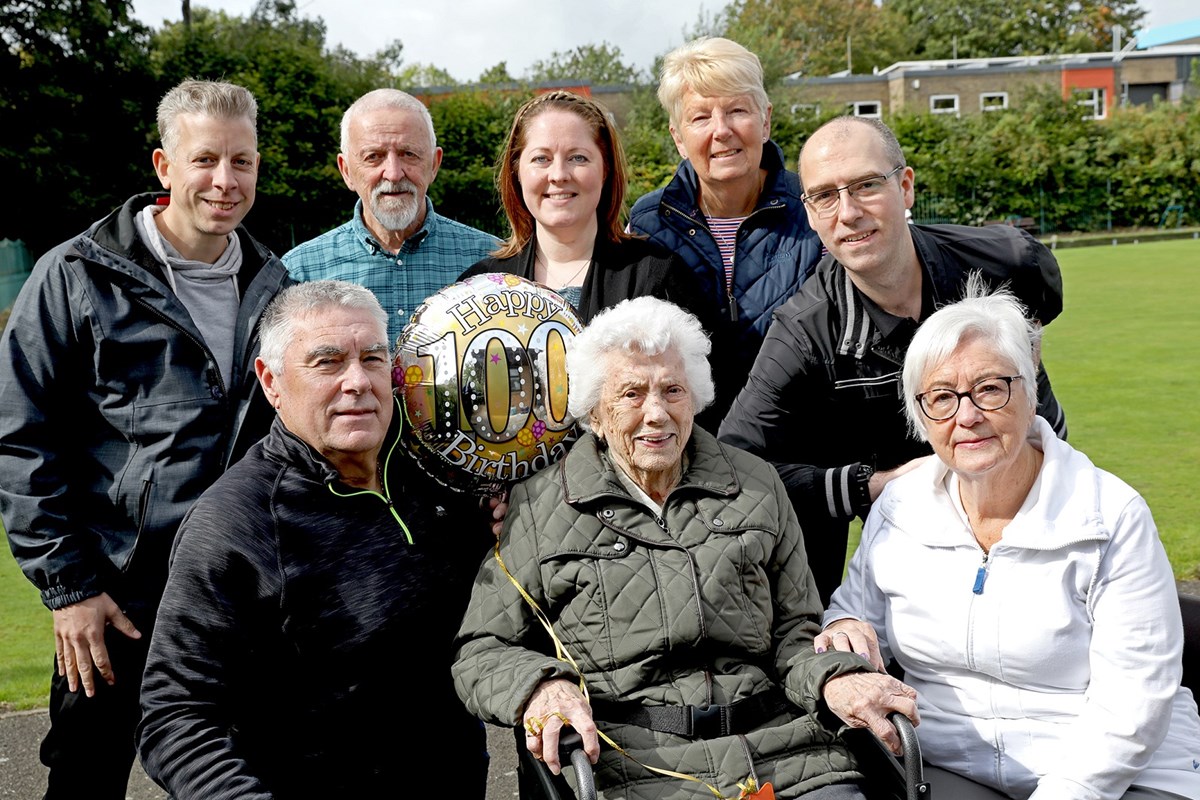 One of Karbon’s residents living in Prudhoe, Northumberland is celebrating a significant milestone birthday today.

Mary (Kitty) Catherine Constance Graham is 100 years old but changes had to be made at the last minute to ensure she could celebrate her landmark birthday in style.

Her family had originally planned a tea party for Kitty today but, with new coronavirus restrictions coming into force by the Government on Monday, which restricts gatherings of more than six people, they organised a small party with family and friends at their local bowls club last Saturday to ensure she still got to celebrate, followed by a family meal at Balls in Prudhoe.

She said: “It’s nice to reach this milestone and to celebrate with friends and family, especially at the bowls club where I have spent many happy hours over the years. Bowls kept me active and the company of the friends there meant I could always have a chat.”

Kitty still lives independently in her one-bedroom Karbon bungalow, where she has lived for over 20 years and is cared for by her family.

Born on 17th September 1920, Kitty spent most of her childhood growing up in the shipyard area of Wallsend, before moving to Swalwell, Gateshead when she was 21. She had a brief spell working in the canteen at Emma Colliery, also known as Townelely Colliery near Crawcrook before working as a nurse at Prudhoe Hall Colony, which was later known as Prudhoe Mental Hospital.

Here, she cared for mentally and physically disabled people who she cared passionately about and even continued to care for people with disabilities long after she retired when she was 55.

She met her late husband, William, a volunteer reserve with the Royal Air Force, at a dance at Blaydon Church Hall. Their relationship blossomed and they got married on 17th March 1945 and started a family where they welcomed Michael, now 67 and daughter, Ann, now 72 who both also reside in Prudhoe.

William sadly passed away in October 1990 aged 67 years and is still dearly missed today. Kitty was very active and enjoyed playing bowls at Prudhoe Castle Bowls Club where, even up until she was 98, was still playing regularly.

Every year, the club holds a mini bowls competition in remembrance of William and is always a popular event in the calendar.

Her son Michael, said: “We had a fantastic ‘socially distanced’ day sharing fond memories and to be held on the same day as the bowls competition in memory of my Dad, was fitting. Here’s to many more years!”

Kelly Taylor, Assistant Director Housing from Karbon Homes, said: “What a magnificent achievement to celebrate 100 years. On behalf of everyone at Karbon Homes, we would like to wish Kitty a very happy and memorable birthday.”