My memories of The Queen in Kenya 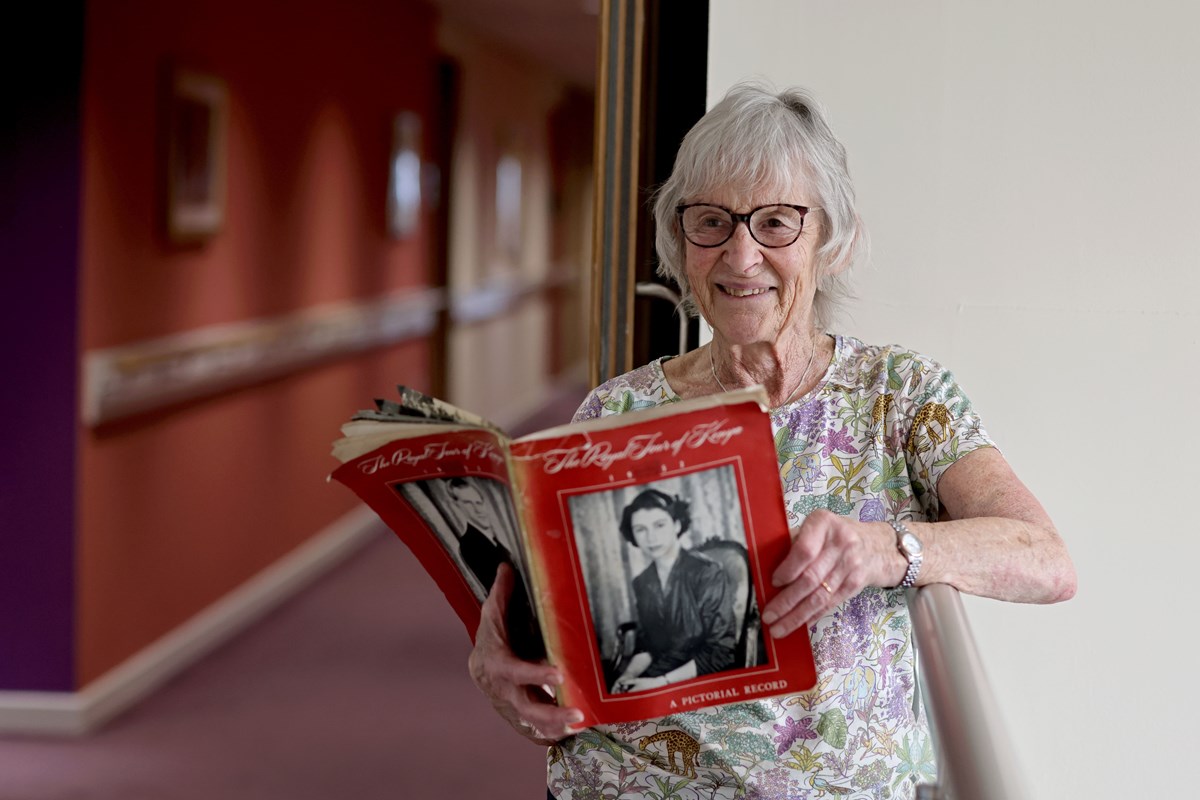 The Queen’s Platinum Jubilee is on the minds of many as parties are planned up and down the country. We hear how the anniversary has brought back special memories for Weavers’ Court resident, Jean Findlay, who was in Kenya when Princess Elizabeth became Queen.

I lived in Kenya from the age of four to 19 because my father was in the Colonial Service, as a teacher at a boys’ boarding school.

We lived on the school premises – just outside the centre of Nairobi. My parents were very keen on the outdoors so we spent a lot of time visiting game reserves and travelling round safari parks. My sister and I had a lot of freedom to explore and we loved it!

When I was seven, I found out Princess Elizabeth was to pay a visit to Kenya as part of her royal tour with the Duke of Edinburgh. The thought of a real live princess coming to visit was incredibly exciting. The royal couple had not been married long and it felt like an extended celebration of their marriage. There was huge excitement everywhere about the state visit.

“I remember reading that she received 2,500 presents on her trip to Kenya alone!”

One wedding gift was the lease of Sagana Lodge in the foothills of Mount Kenya. This was very close to the famous Treetops hotel where she was told of her father’s death and that she was to be Queen.

As part of her royal engagements before receiving that news, she opened a dual carriageway, named Princess Elizabeth Way, which was in Nairobi. I remember that road mostly because it’s where people went to take their driving test and negotiate roundabouts – which was quite an experience because there weren’t many to be found in Kenya!

Thousands of people had gathered and lined the side of the road to wave as she passed by in an open-topped vehicle. I was lucky enough to go with my mother.

We went to visit Britain every three years and it just so happened that our trip coincided with the coronation. We were onboard a Union Castle Line boat and there was so much excitement and parties for the children.

We were given gifts, including a replica anointing spoon – used in the coronation ceremony to pour holy oil onto the sovereign. We were also given brooches, badges and a plastic cup, which was especially exciting because plastics were just a new thing back then.

A souvenir record printed by our local newspaper contains photos of the royal tour and garden parties and I’ve hung onto it all these years.

There’s a quote in it that I especially like, from Major Sherbrooke Walker, founder of the Treetops hotel. He’s reported to have said after receiving news of Elizabeth’s rise to the throne: “If you have the same courage ma’am in facing whatever the future sends you as you did facing an elephant at 10 yards, we are going to be very fortunate.”

I wouldn’t say this early brush with the Queen has made me into a great royalist but I’ve remained interested in her life and I look forward to taking part in the celebrations for her platinum jubilee.

"For the first time in the history of the world, a young girl climbed into a tree one day a Princess and after having what she described as her most thrilling experience she climbed down from the tree next day a Queen," British hunter Jim Corbett, who was also staying at Treetops at the time, wrote in the visitors' log book.