Whatever it is that you set out to achieve, our experienced advisors are here to help. Here are a selection of testimonials from customers we have helped. 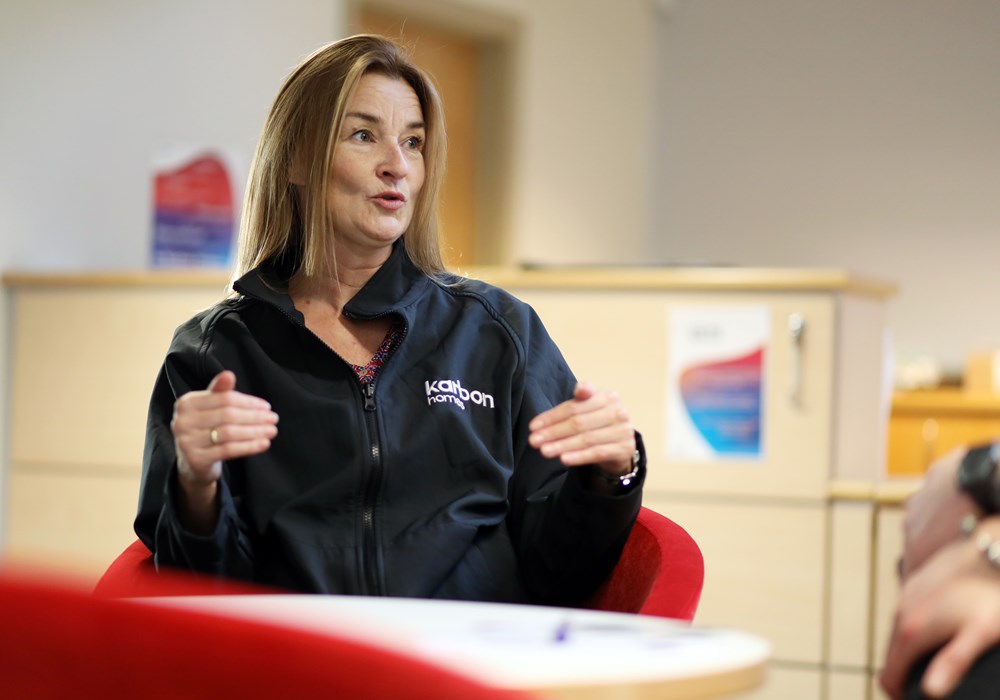 Mrs X has both both physical and mental disabilities. After being badly badly bullied as a child, which resulted in her growing up with little to no social interaction with her peers, she had developed a severe social phobia.

She had become very isolated from the rest of the community and didn't feel comfortable in any social situation. On leaving the house she would keep social interactions to a minimum. It was only after her husband died which resulted in her needing help with benefits and money, that she contacted the Foundations for Life team.

On meeting with the team's Wellbeing coach, Lorraine, they talked through a variety of areas she wanted support with. Joining a group and becoming involved in the community was high on her list, but due to her social phobia she had concerns about how people would be with her.

Lorraine was able to support her in a variety of ways. She spoke of her experience of being bullying, which brought out a lot of emotion, and expressed how relieved she was to be able to talk to someone and not feel on her own. Lorraine accompanied her in seeing the doctor, who was able to refer her to Talking Changes to start telephone therapy. Slowly over time she has built up contact with a diverse group of people through this.

As well as working with Talking Changes, she has signed up for the Foundations for Life Money Works course, where as well as learning about money management she is benefiting from being part of a group session, which she wouldn't have done before.

Her confidence an self esteem has dramatically increased. She is now a member of the library, enjoying the Learn My Way programme and improving her digital skills. This has given her more independence in checking her Universal Credit, emailing her brother, and exploring areas of interest on the internet at her own pace. She is hoping that her increased knowledge around digital skills will also help her have more options in her life.

Lorraine is hoping to further help here with a tablet, so she can continue her digital course, but also help her get connected to forums and websites linked to meditation, and mindfulness, along with accessing new hobbies and activities during the lock down. 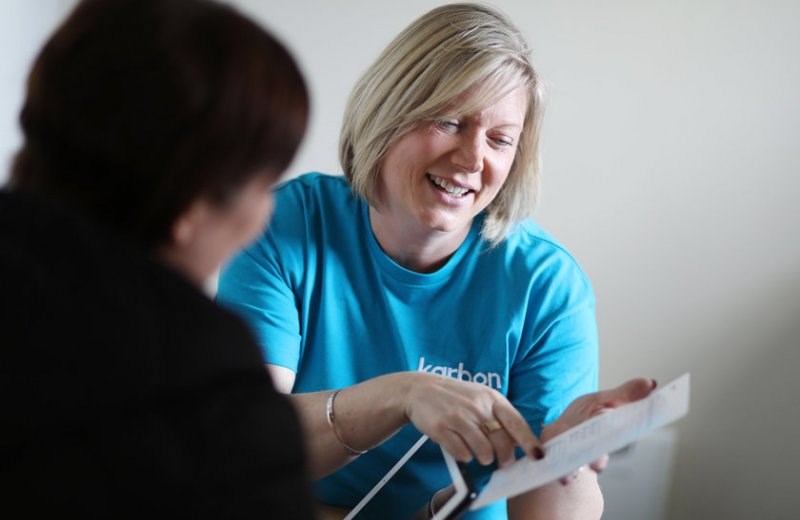 Ms X has mental health problems, was previously homeless and had never been in paid employment.

She lives alone and was concerned about finding low paid work in case she struggled to pay her rent. The job centre set up an interview and Ms X was offered a job on a zero hour contract which she felt under pressure to take. One of Karbon’s Employment Foundations Advisors helped her to speak to the job centre about why she felt that this job was not appropriate for her and also offered to attend a meeting at the job centre with her if required. The job centre did agree that she could turn down the job and would not be sanctioned. Karbon’s advisor continued to work with Ms X, supporting her with interview techniques and how to discuss her circumstances with employers. Ms X has recently been offered full time employment in an industry she really wants to work in. 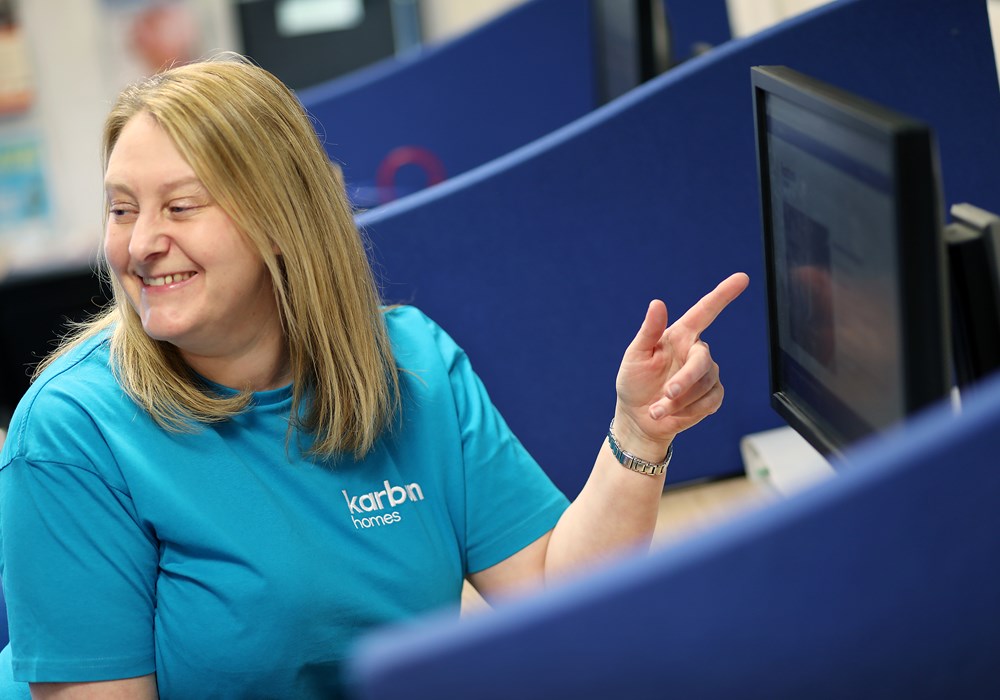 Getting customers back in to work

Mr D was referred to the Foundations for Life team by Karbon’s Money Matters team. Mr D had lost his job 3 weeks prior to the referral, had applied for over 200 jobs and had had interviews without success.

When one of Karbon’s Employment Foundations Advisors spoke to Mr D he spoke of how he was concerned about his age, as though that may be a barrier to him getting another job. A one-to-one meeting was arranged at his home and Karbon’s advisor talked through his concerns, discussed his reasons for leaving his last employment and also gave him advice on how to approach this in interview. Possible interview questions were discussed, as well as how to structure responses at length. Mr D was offered full time employment at the next interview he attended.

He emailed in with the following;

Dear Sir Madam,
I am writing to express my sincere thanks to your employment officer, Newcastle upon Tyne Karbon Homes Helen Stevenson. She was fantastic in helping me to find work she was brilliant her techniques were outstanding. She has a get up and go attitude with outstanding communication qualities. I would like you pass on my sincere thanks I have now found employment without Helen's help this would have not been possible keep up the good work. Karbon you are a credit to the housing sector. 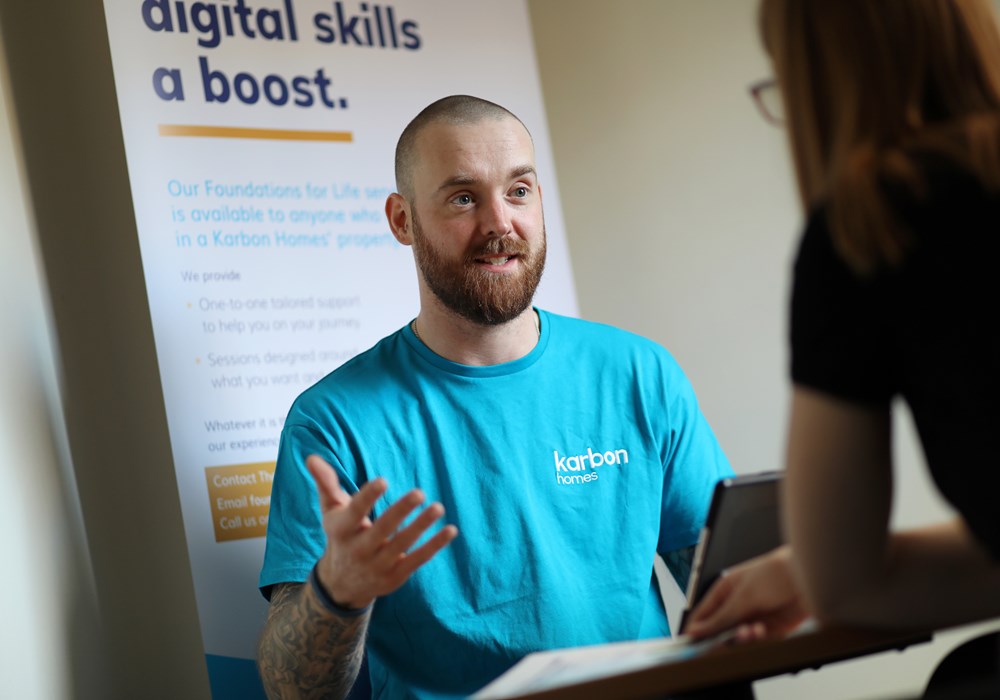 Ms G was working full time but was unhappy in her job role. She felt as though she wasn’t being supported by management and was asked to prove that she had dyslexia.

She wanted to change career but was worried that her dyslexia would make it difficult to apply for jobs. One of Karbon’s Employment Foundations Advisor's helped her to create and update her CV and covering letter and also offered support with application forms.

Thanks to the connections this advisor had, she was able to secure Ms G with an interview for a company which didn’t offer zero hour contracts, unless requested, and have a very good stance on employing people with disabilities.

One receiving the offer it became apparent that Ms G was concerned about leaving her old job as she was paying back an over-payment to her employer. With further help from Karbon, Ms G was able to work out that it was best to hand her notice in after her pay date, and the shortfall for the following month turned out to be much less than she’d thought so she was able to accept the full time job. 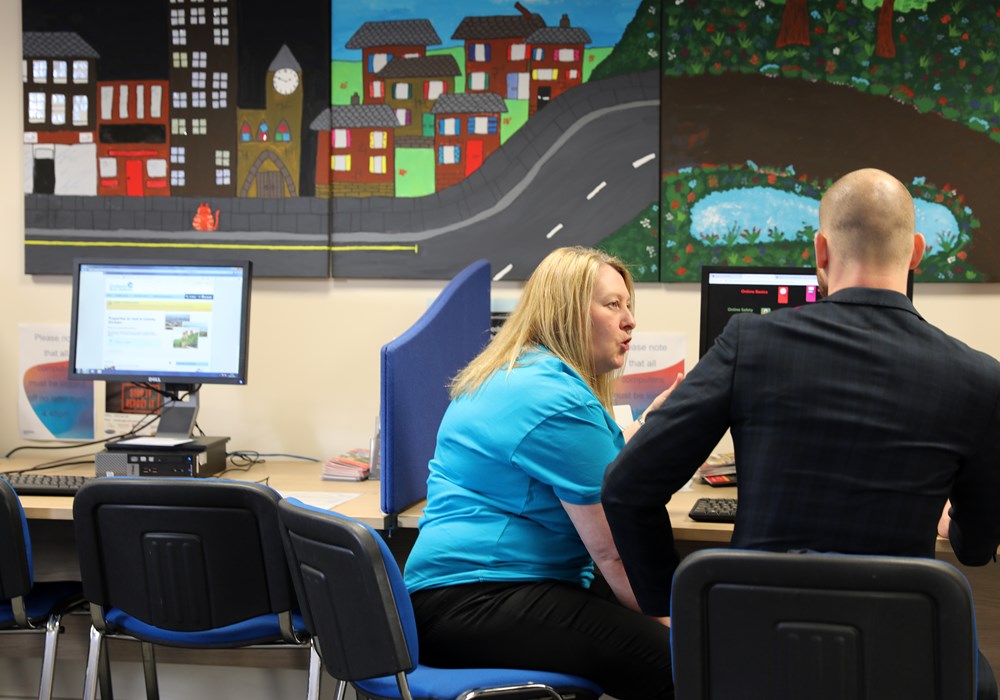 Mrs B’s husband bought her an iPhone as a present, and at first she just put it in the draw. Despite all her family and friends using computers and phones she was very reluctant to take it on board.

Mrs B soon found was she started to feel like an outsider socially. Where the smartphone really came into its own was when Mrs B had to stay in hospital for 5 weeks. Having the smartphone was invaluable as she was able to stay in touch with her husband and friends. Mrs B can now see how useful smartphones are. She’s starting to search the internet for shopping and using the calendar to record appointments and birthdays. Mrs B has gone on to request assistance from Karbon with learning how to share photographs.

The 1-2-1 appointments I have attended with Karbon have been excellent and I am now very proud of myself. Lesley has been an excellent and very patient teacher and I am not able to thank her enough for all the help and confidence she has given me. I feel my world has become much wider and enjoyable.