Stamp Duty – what you need to know

Karbon builds on strong foundations for a successful future 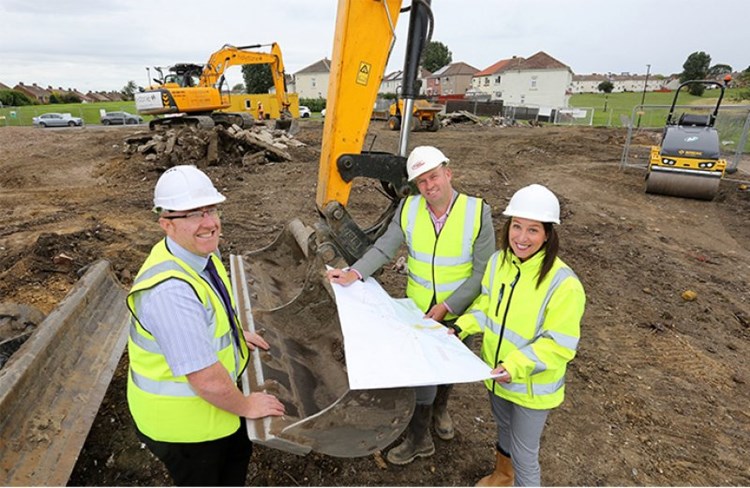 Work is just beginning on a £2.5m development of 24 new affordable homes in Shiney Row, Sunderland.

We have won permission from Sunderland City Council to build 18 family homes, plus six one-bedroom flats, along with more than 40 parking spaces and landscaping on a former industrial site on Hunter Street in the village.

The new development has been welcomed by the residents of neighbouring properties, as unfortunately since the site became vacant, it has suffered from several bouts of vandalism, fires and fly-tipping.

The site is bordered to the north and west by existing homes, and looks out on to public open space to the south.

It was identified as a site for new house building in Sunderland’s local strategic plan.

Christine Dawson, 56, has lived on Hunter Street almost all her life, and is looking forward to the new homes being built, given the problems on the site since it’s been vacant.

She said: “We’ve lived like this for five years now. There is just rubble upon rubble. We’ve had the Fire Brigade out here five or six times, and when it’s cold we’ve had youngsters hanging about in the old outbuildings. They throw things around and just make a mess. It will be brilliant to see the site developed.”

The 1.35-acre site, which has remained vacant for several years, was once home to the Penshaw Foundry, before falling into disuse after the First World War.

The foundry was once served by the Londonderry Railway, which terminated at the foundry.

In more recent decades the site was home to Foundry Farm and then sheds and warehousing for the Stark family’s businesses, and the development means the former farm house and some derelict depot buildings and storage sheds will be demolished.

The new development will benefit from £768,000 of funding from the Homes and Communities Agency (HCA).

Lea Smith, a regeneration and development manager for Karbon Homes, said: “This is an important site for us to develop, tidying up a piece of land which has unfortunately seen fly tipping and vandalism in recent years.

“We are really pleased to be progressing with this development of smart new affordable homes.

“It’s been great to hear local residents welcoming our plans to build homes, to re-integrate this site as a part of the community.”

The main contractor for the development is Gus Robinson Developments.

Steve Bell, managing director, said: “We’ve been working in partnership on the Hunter Street proposal for two years now. This will see the regeneration of a disused brownfield site to 24 much-needed new affordable homes.

“The project will be delivered over the next year and further strengthens the partnership between Gus Robinson Developments and Karbon Homes. The successful union has already seen a number of projects completed with further new developments already in the pipeline.”