A bold new footprint for Karbon 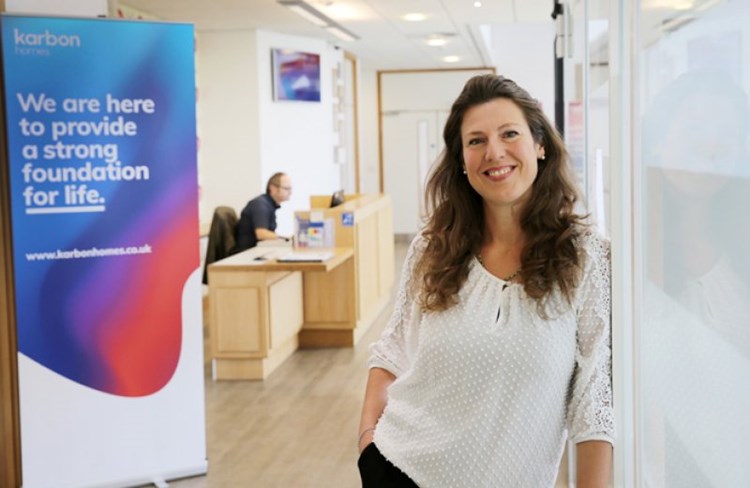 A NEW executive has been appointed to lead the growth strategy for newly formed landlord Karbon Homes, and take charge of the company’s ambitious development programme.

Charlotte Carpenter has joined Karbon from a background working in economic development and regeneration roles in the North East, and previously for the Scottish Executive in Edinburgh.

Karbon Homes was formed last month through the merger of Isos Housing, Cestria Community Housing and Derwentside Homes, and now owns and manages around 24,000 homes regionwide.

The landlord’s ambition is to develop more than 500 homes each year to help tackle the housing crisis in the north, and play a role in developing the region’s economy.

Charlotte, 45, said she was excited by the promise of what Karbon Homes could achieve.

“What I saw in Karbon Homes was an opportunity to help grow and shape something truly innovative and distinctive. We can have a real impact on improving lives and communities.

“It’s good to be here at the start of the journey with a blank sheet of paper, helping deliver the vision that Paul and the board have for the organisation moving forward, and building on the impressive track record of the legacy organisations which formed Karbon.”

Charlotte previously served as Head of Policy and Research with One North East and interim Director of The Northern Way, a collaborative initiative between three regional development agencies to increase the economic productivity of the North of England.

Most recently, she worked for regionally-based landlord Home Group for seven years, where she was Director of Strategy, Policy and Communications.

She said: “This new role builds on several aspects of my career history and brings them together.

“Firstly, working on economic development and the regeneration of North East England as I did at One North East and the Northern Way. That’s something I feel passionate about – and I combine that with a background in the social housing sector.”

Charlotte has previously been a Council member for the Confederation of British Industry (CBI) North East and a Trustee with the Ouseburn Valley Regeneration Trust. She is currently a Trustee with Age UK Newcastle.

She added: “We are managing one of the HCA’s top ten largest allocations in the UK, and that represents a great opportunity for the region.

“We will build affordable homes, and build on the work already done through our Prince Bishops Homes brand, providing housing for a customer group that has previously been the ‘squeezed middle’ between social housing and the open market. We can deliver really innovative intermediate products.

“Success for me here at Karbon would be to be recognised within the North East and with our partners as a making a tangible difference to communities, and being positioned as a partner of choice by developers, local authorities and other service providers.”