Karbon Homes helps those in need this Christmas 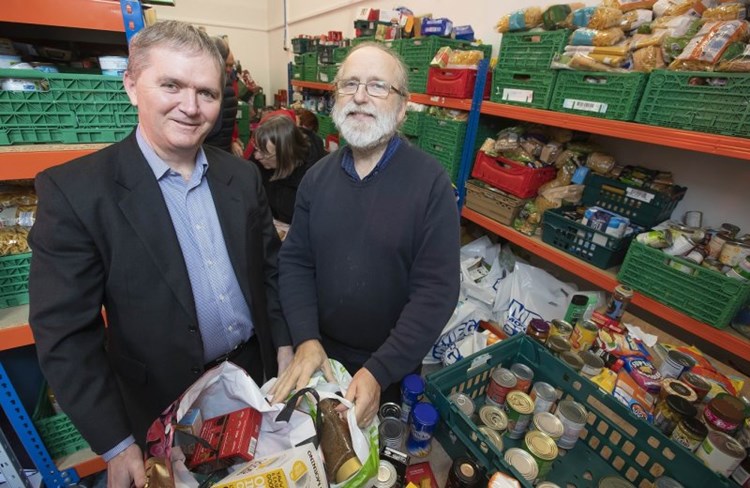 Karbon Homes has shown its support for those in need this Christmas with its 800-strong workforce donating 1,500 items to food banks in the North East.

Colleagues from across Karbon’s County Durham, Newcastle and Northumberland offices have joined forces to collect essentials for food banks across numerous areas where it operates from Northumberland down to Teesside, supplying everything from tinned foods, pasta, rice and cereal, to adult and baby toiletries, warm clothes and festive treats.

The generosity of Karbon’s colleagues was then match funded by the company, with a donation of £700 being made to help provide much-needed supplies into the New Year.

Karbon Homes’ group chief executive Paul Fiddaman helped to deliver some of the donations to the West Northumberland Food Bank in Hexham.

He said: “Sadly there is a huge demand for emergency food supplies from food banks across the North East throughout the year, but Christmas time is often when demand is at its highest; when families are struggling the most.

“At Karbon Homes, we recognise that many of the communities we serve rely on the use of food banks around Christmas, which is why we wanted to organise a collection and come together as an organisation to do our bit to support.

“I hope our contribution will make a real difference to families in need over Christmas and into 2019.”

Annual figures from The Trussell Trust, the UK's biggest food bank network, show that a record 1.3 million food parcels were given to over 650,000 people in 2017-18, a 13% increase on the previous year.

The items donated were delivered by Karbon colleagues as part of a week-long drive, where drop-offs were made to Hartlepool Foodbank, Redcar Area Foodbank, Annfield Plain Foodbank in Stanley, Durham Foodbank, Newcastle East Foodbank, Missionaries of Charity, Wansbeck Valley Foodbank in Morpeth, and the West Northumberland Food Bank in Hexham.