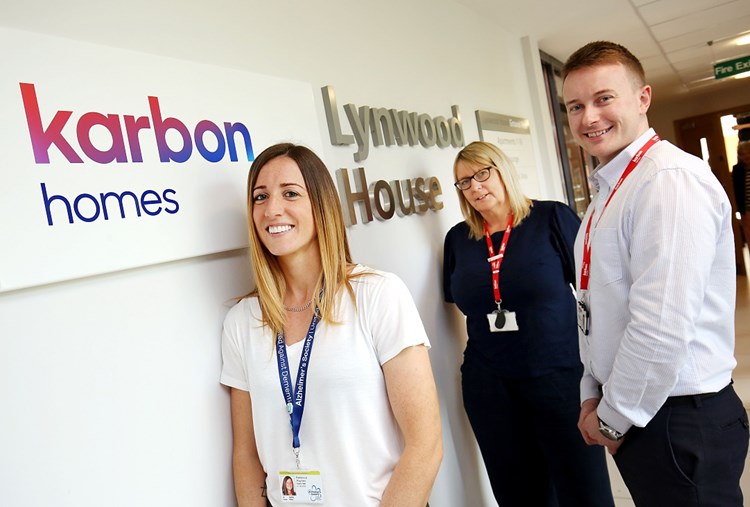 Karbon Homes has teamed up with The Alzheimer’s Society to help improve the lives of residents living with dementia.

As part of the initiative, Karbon has significantly invested in adapting its retirement living schemes and facilities to meet the needs of those living with dementia, and in ongoing dementia awareness training for colleagues across the organisation.

Paul Wailes, Retirement Living Team Leader and Dementia Champion at Karbon Homes, said: “Karbon is passionate about promoting inclusion and reducing loneliness and isolation within our communities, and partnering with organisations like the Alzheimer’s Society helps make this a reality.

“The benefits that ongoing training for colleagues and dementia adaptation to our properties bring to our residents, as well as the communities Karbon serves, are fantastic and we look forward to continuing our partnership with the Alzheimer’s Society in 2019.”

Rebecca Haynes, who was appointed to the role in 2018, has successfully implemented a number of Dementia Friendly steering groups in County Durham, which, working with local businesses and services, aim to improve the accessibility and inclusivity in the community for people living with dementia.

“The majority of its retirement living team have had the dementia friends training, with a number of colleagues acting as dementia champions and delivering the training in-house. It is also investing in its housing, installing aids and adaptations that help make the lives of its residents living with dementia easier.

“Unfortunately dementia is on the up, and by providing dementia friendly environments in housing now, Karbon is taking steps that will be very beneficial in the future.”

In the wake of the Alzheimer’s Society’s Dementia Action Week earlier in the year, Karbon’s Retirement Living Team carried out a calendar of awareness and fund raising activities both with colleagues and with residents living within the schemes.

Rebecca added: “Helping people with any form of dementia starts with being aware of the condition, understanding how it affects people and makes them vulnerable, and being kind in your dealings with them, and it is brilliant that Karbon have put time in to communicating this message with their residents.

“I was delighted to receive the donation from Karbon on behalf of the society, and this money will go a long way in helping the Durham service office improve the lives of across our region.”