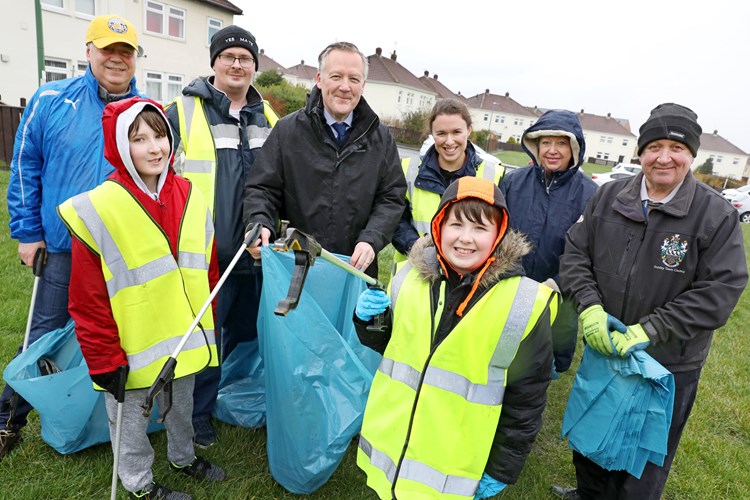 Volunteers of all ages from the local community joined forces with representatives from Karbon Homes, Stanley Town Council and McDonald’s Stanley, to help clear up the Acton Dene Estate in Stanley.

Stacey Dobson, Karbon’s Community Connector for the Stanley area who helped organise the event said: “The amount of litter and rubbish that had been blown around in the recent storms meant our volunteers really had their hands full.

“It’s been a great community effort and shows what a huge difference can be made if local businesses and organisations join forces.

“Events like this one help make this area somewhere where we’re proud to live and work. It’s also shown just how great the community in Stanley is.”

Co-organiser Cllr James Kane from Stanley Town Council, added: “The community spirit shown on a day where the weather was shocking is overwhelming. There was a real sense of pride shown from the community.

“Also, as a local councillor, I want to say thank you to everyone who turned up, from our MP Kevan Jones, to Nigel Mushen and colleagues from McDonalds, and all the volunteers from the area.

“I’m looking forward to working with Karbon again on another project.”

Children from all year groups entered their designs, which would be featured on the event posters and appearing around the town.

Stacey added: “We were really impressed with the creativity of all the entries we received, and it was a tough decision filtering them down to our favourite two.

“A big well done to both the winners, who’s artwork helped make the event such a success.” 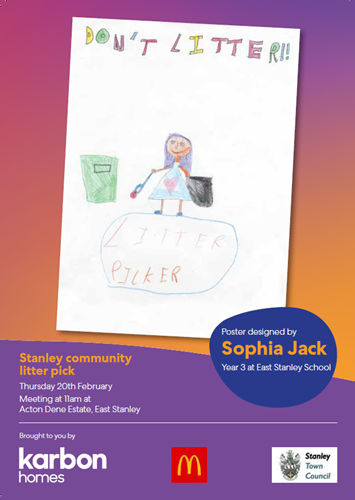 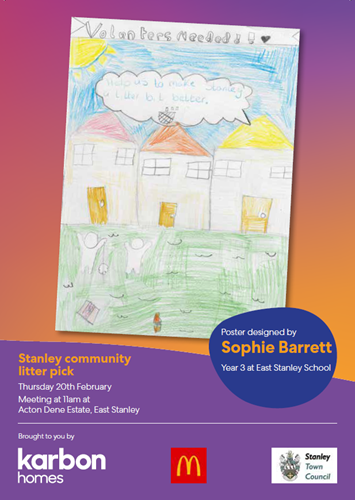