A new future for Walter 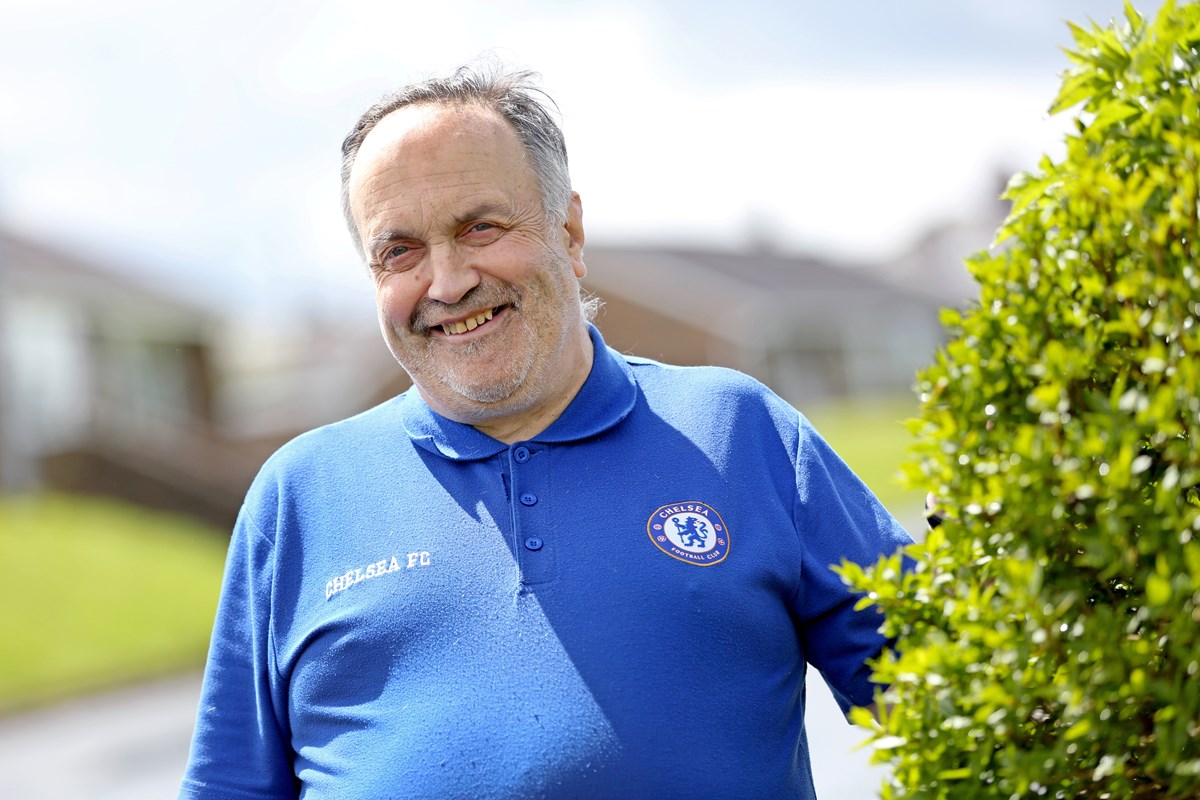 Meet Walter, a Karbon Homes customer, who has turned his life around - with a little help from his friends

Everywhere you look in Walter's home in Consett, there are reminders of the things he loves. Chelsea Football Club memorabilia, photos of his beloved dog Monty, records of his favourite music, posters of Doctor Who and pictures of Metroland where he used to work.

“It's a bit like living in a time machine,” He laughs. But it's so nice to be surrounded by memories that make me happy.”

There was a time though when Walter was only living in the past and couldn't see much of a future for himself. The death of his cherished mum followed by a medical diagnosis that meant he could no longer work had left Walter struggling, isolated and vulnerable.

When Karbon’s Wellbeing Coach, Lorraine Alexander, started working with Walter she was really worried about him so decided to look at everything she could do to help get his life back on track.

“I was confused at first by what Lorraine said about me being vulnerable,” explains Walter. “I didn't realise I was in a bad way only now when I look back do I realise how much I needed some help. I suppose I'd become trapped in my own home.”

But even at their first meeting last year, Lorraine could see lots of ways to improve life for Walter and set about making it happen.

Over the following 18 months, a whole team of supporters provided solutions to the challenges Walter was facing including:

Our money matters team helped sort out Walters benefits - putting in an appeal for Personal Independent Payment (PIP), sorting out a Discretionary Housing Payment (DHP) and applying for the Warm Home Discount scheme. Call 0808 1640 111 or email moneymatters@karbonhomes.co.uk to see how the team can help you too.

Karbon's community investment team suggested a course called digital voices. They thought it would be a perfect way to help Walter become familiar with digital devices and introduce him to the internet and many ways it can make his life easier and more interesting. After completing the course Walter was able to borrow an iPad to continue becoming comfortable with using the Internet.

Through Karbon's Foundation for Life Team, Lorraine has provided one-to-one support to improve Walter's confidence and find opportunities for him to become more involved in the community and join new groups including the local men's group. Using his iPod, Walter is now taking part in a ‘building resilience’ course, where he's made new friends and has become an active and positive participant.

Fast forward to today and Walter is feeling confident and excited about the future. His next goal is to find a local singing group to join and eventually he'd love to make his own record. He's also about to start a computer course called ‘Learn My Way’ so he can continue to get confident using a computer and the Internet.

“This has been the best year for me,” he smiles. “Things have been tough for me over the past few years, but I feel like I've finally come out of my shell. I have noticed a big change in me - a huge difference. I'm eating better and sleeping better, and I have even been getting some new furniture for my house.

A whole group of people have looked after me. Everyone has been so supportive. Without all of that help I don't know where I'd be. It's lovely to know so many people care. I know I would not have got this care if I had not opened up. I would advise anyone who is in a bit of a rut to ask for help and to accept it.

I'm hopeful for the future. I know that there's no way I'll work again but I'm getting involved in activities and meeting new people. I have all these wonderful things in my favour. I really do have something to live for.”

To find out how the foundations for life team can help maximise your potential, increase your digital skills and consider career options, email foundations@karbonhomes.co.uk or call 0191 223 8750.

“Walter’s story is a perfect example of how Karbon provides our customers with so much more than just a place to live. By taking a whole series of baby steps together, Walter has broadened and enriched his life with new skills, activities, and people. Walter is a big character and it's been a pleasure to get to know him and to see him blossom.” -  Lorraine Alexander, Foundations for Life Wellbeing Coach.